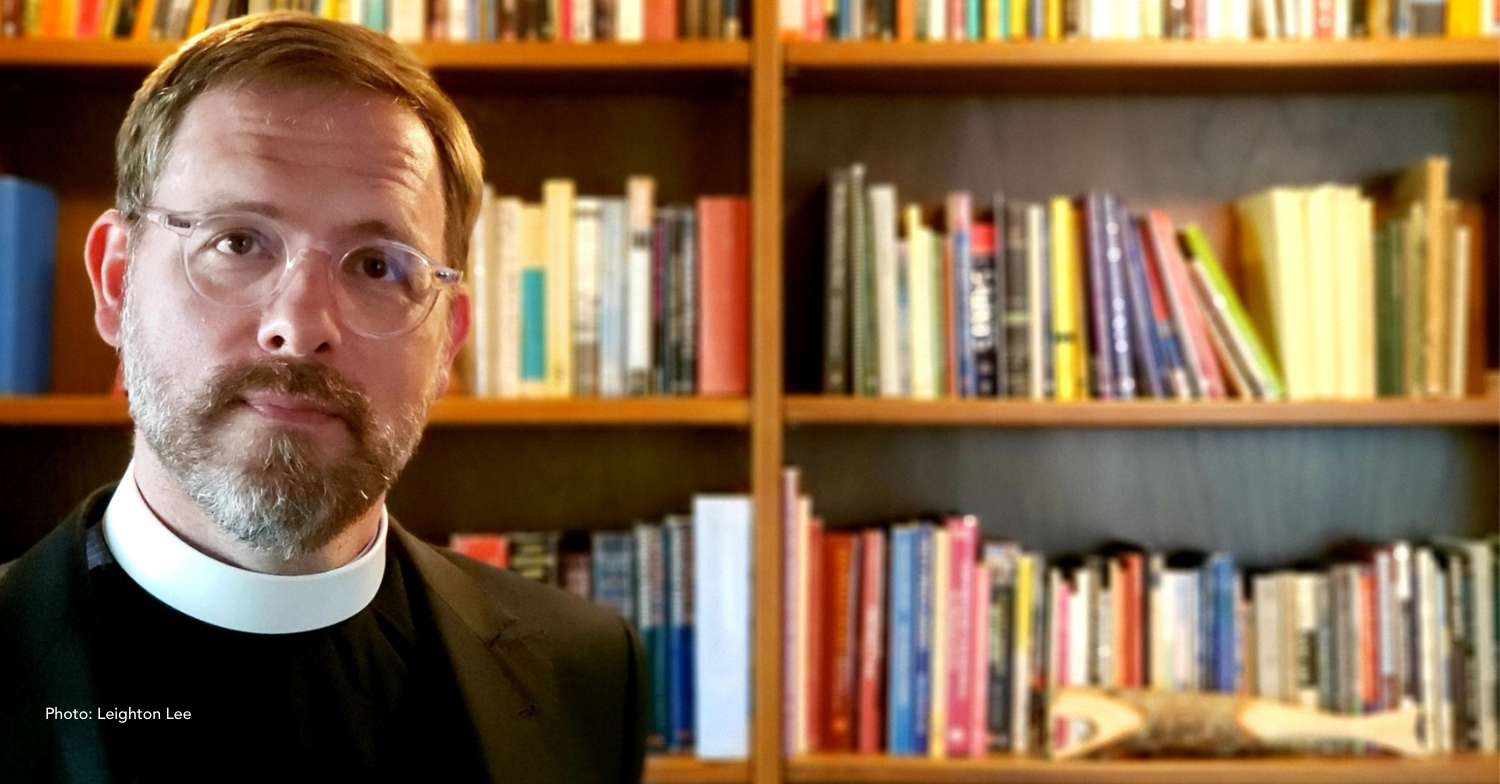 Leighton Lee is the dean and rector of the Cathedral Church of the Redeemer, Calgary AB

“Happy are those who live in your house, they will always be praising you” says the psalmist. Alas, there’s not much happiness in the house of the Lord these days what with continuing church decline, dwindling resources, and the ravages of a global pandemic. All of us are living a terrible, liminal existence in which there’s nothing to do but wait—be it for a vaccine, or for the money to run out, or for the faithful to fade away.

Except that’s not necessarily a bad thing. In fact, it may be very Biblical. This morning’s gospel tells us as much. We’re presented with two figures—Simeon and Anna—who have been waiting for a long time—waiting for God to show up. Simeon, of course, is the one who has taken hold of our theological, spiritual, and liturgical imaginations—the Nunc Dimittis and all that.

But today it’s perhaps appropriate to focus on Anna, the habitué of the Temple. I imagine she’d seen it all. Certainly, she’d known more than her fair share of grief. Yet for all of this she’s a cipher, one of those Biblical figures with a walk-on part important enough to be noticed but small enough not to make much difference to the narrative. Or so we think.

For hers is a silent witness, which for a long time was the fate of women in the Church— and still is, in many ways. Most of us participating in this service today remember the consecration of the first female bishop in the Anglican Communion, to say nothing of the first female bishop in our own Anglican Church of Canada. And all of us remember the day a year and a half ago when we elected our first female Primate. It seems incredible that we had to wait as long as we did. But at least it finally did happen—thanks be to God.

In the bad old days we used to call this festival “The Purification of St Mary the Virgin.” We are thankfully moving beyond that kind of paternalistic thinking—something Serene Jones said in recent New York Times interview:

"[If] you have a theology in which sexuality is considered sinful … it also promotes this notion that the pure, untouched female body is the best body, and that idea has led to centuries of oppressing women.”

I read that particular piece only a few hours after talking to a grumpy American colleague of mine. He’d been complaining to me that the Church had become too politically correct— by which he meant too many women, ethnic minorities, and LGBTQ2S persons have recently been elected bishops—as if there was a conspiracy to shut Caucasian men out. That’s errant nonsense, of course. The truth is that we’re finally learning to pay attention to the promptings of the Spirit and are daring to pay attention to those previously ignored who can teach us all a great deal about how waiting with faithful expectation is in itself a witness.

This brings me to the present moment in which our friend and colleague and sister-in-Christ will be consecrated a Bishop in the Church of God. So Anna, the first thing I’d like to suggest is that your most effective witness will be to be a non-anxious presence in the midst of an institution which is going through a dark period. I know that may not be very satisfying to those you are called to serve, but it’s only when we have the humility to sit back and wait prayerfully that we can even begin to have the ability to discern where Christ is to be seen and served.

Think about this morning’s gospel. Maybe Simeon and Anna were alone. Maybe everyone else, believing these Messianic promises to be only for the gullible, had long since given up on going to the temple very often. Or maybe they were all in the back, in panicked conference with the bankers and actuaries frantically trying to figure out what to do next.

At any rate, I imagine there weren’t many people around to see this unlikeliest of families come in, ready to participate in some ancient rituals by which they would claim again for themselves the faith of their forebears. But Simeon and Anna were there, and if nobody else knew what to make of these three, or what to do in their presence, they certainly did.

As I said earlier, Simeon has gone down in history for the beautiful statement of faith he made when he saw the baby Jesus. But the actual prophet in the place was Anna, and can there be any doubt that her prophetic witness was that of silent, faithful waiting? Maybe she was just waiting for all the old bores to talk themselves out before raising her voice. Yet her waiting had purpose; it was prayerful and patient. But when spoke, she spoke of redemption. She spoke truth. And in so doing, she praised God.

You see, Anna, waiting and watching is a large part of what you’re called to do. What I don’t think you’re called to do is to be constantly in this temple—despite what people may expect. There’s no doubt that Cathedral congregations have very firm ideas on when the bishop should be among them. You may even discover that the adulation and deference and ceremonial pomp is almost too much to resist. It’s easy to get caught up in the trappings of the office. But those trappings are also a trap. As the preacher at Harold Nutter’s consecration in another Christ Church Cathedral—this one in Fredericton—said some fifty years ago: “Bishop, get away from that throne; you may come to like it.”

I think it was St Martin of Tours who said bishops come in two varieties: shepherds and fishers. Shepherds cherish the flock, but fishers push the boat out into the unexplored depths. This isn’t to say that you’re not called to care for the clergy and people of this diocese—not at all! But for too long that’s all we’ve done, as we waited for people outside to come to us. But the echo-chamber of familiar ecclesiastical manoeuvres and bromides is no place to wait for the in-breaking of the Kingdom.

So Anna, my dear friend, our prayer is that you, like Anna, will continue to have the courage to wait and watch for the moment to speak. There may be long periods of silence ahead and there will certainly be times of deep darkness. But don’t forget that you’re not called to have all the answers. You’re called to abide in this present darkness—or, if you prefer, to push out into the deep. You’re called to pray for the wisdom to know when the time is right to speak. But even more than this, you’re called to carry the  light of Christ out of this place and into the world, light which penetrates that darkness and searches those depths.

I imagine most of us watched President Biden’s inauguration last week. The world was captivated by a young African-American woman Amanda Gorman who wrote the poem for the occasion. Let these words of hers be ours—and yours—today: