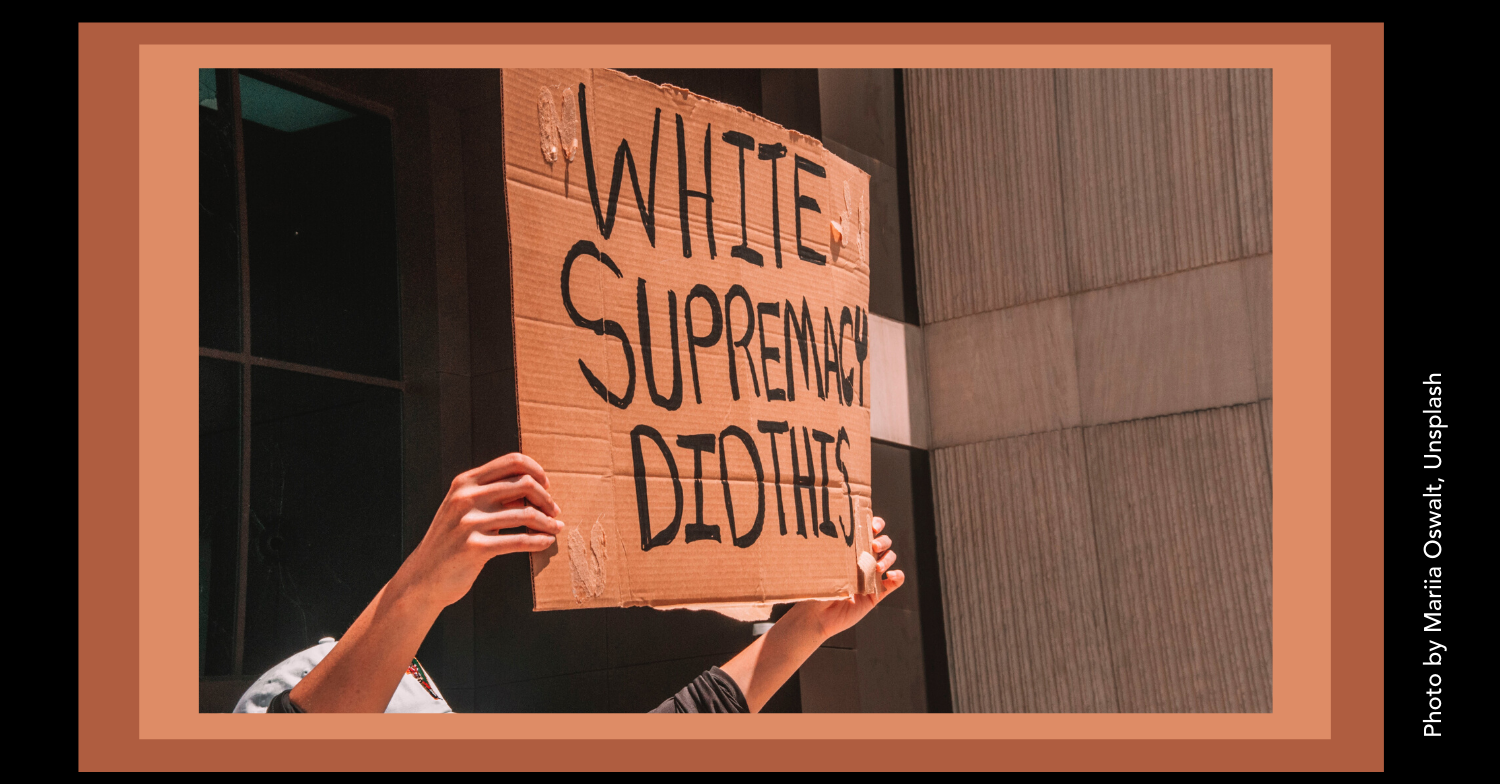 A number of people have reached out to ask me to explain what is happening in the U.S. and now beyond. I know that for many of you the images spread across the news are shocking and destabilizing.  I’m not the voice to listen to at this moment – this post is mostly to point to the voices of others.  However, as your priest and pastor, I do want to offer some reflection and context. This past Sunday I spoke in my homily about the importance of asking good questions. Let me begin with a reflection about questions:

1. Many are asking: “why is everything falling apart?”  I understand having this question, I do.  I’ve watched familiar landmarks going up in flames in cities I once called home.  But the truth is that whatever “rightness” or “togetherness” I experienced in the U.S. (and I now experience in Canada) was a reflection of my privilege.  Whatever word we use - right, whole, democratic – none of these describe the actual history or current reality of the U.S.  To say that things are falling apart implies that a good, democratic, fair wholeness existed that is now being destroyed.  There was no such thing (at least not for folks who are Black, Indigenous, or People of Color).   I don’t know quite what word to use to describe current events, but I know “falling apart” isn’t it.  Generations of pain, anger and despair are being expressed.  Only those of us who benefit from a system of white supremacy could be surprised to see this pain.

2. Why do “they” have to destroy stores, engage in looting and be aggressive? First, “they” is not one homogenous group of people.  Protests are happening in many cities, led by many different groups and individuals; in some cases people who do not have an antiracist purpose are taking advantage of the heightened emotions and chaos  (including white supremacist groups  - here is an article about Minnesota officials finding recruiting posters seeking white nationalists to attend protests)

I wonder though why I see so many people with white skin having strong reactions to images of looting and property damage but relatively muted responses to the systemic violence that those who are Black, Indigenous, People of Colour (BIPOC) face every day.  The protests were inspired by one act of murder by a police officers sworn to protect all citizens, but there have been many such murders.  Beyond the murders there are daily injustices that demean, humiliate and severely impact the physical, psychological and spiritual state of those who are BIPOC.  Before we make pronouncements about the difference between a protest and a riot or the allowable actions in a protest, let’s just sit for a moment with the fact that so many of us with white skin experience stronger feelings about people running from a broken into store with some clothes than we have of watching those who are BIPOC being harassed, assaulted and murdered for no reason at all.  When we see a white police officer kneel on a black man’s neck until he dies do we think: “the officer must have had some reason”?  Do we ask ourselves the same question when we see images of looting from a Target store? Why not?   Let’s wonder about what we mean when we use the words “aggressive” and “violent”. Where did we learn what those words mean? What images were presented to us to describe these words? If we are experiencing fear or judgment watching the protests, let’s take a moment to wonder where those feelings are coming from.

3. If you are saying to yourself: “I know that racism is a problem and I do not want to do things that cause harm to racialized people - where do I start?”  There are so many folks who are BIPOC that are speaking wisdom into this moment.  What is needed is to listen to their voices.  You’ll find below links to a few leaders, writers, and wise ones I’m listening to at this time.

Let me be clear, I support the Black Lives Matter movement.  My dear beloved friends, in the name of Jesus, the Liberator, let’s do our work.  We are all formed by racism – our psyches are constructed by it from birth.  Let’s free our souls so that we can love as Jesus loved.

+ If you’re wondering what possibly could have led to this:

+ Images of collaboration, clean-up and connection:

what you’re not reading in mainstream media about the protests

+ If you want to understand what white privilege is:

“My white friend asked me to explain white privilege, so I decided to be honest” by Lori Lakin Hutcherson

“White privilege and the exploration of uncomfortable truths” by Jennifer Yang

+ If you think racism is not a Canadian problem:

“Carding and anti-black racism in Canada” from Amnesty International

“Understanding Racism” from the National Collaborating Centre for Indigenous Health:

“Indigenous Experiences of Racism and Its Impacts” from the National Collaborating Centre for Indigenous Health:

If you want to understand more the negative health impacts of racism on Indigenous people in Canada – “First Peoples, Second Class Citizens: The role of racism in the health and well-being of Indigenous Peoples in Canada:

+ If you want to read a beautiful essay on the daily experience of racialized people:

Some Thoughts On Mercy by Ross Gay

What White People Can Do for Racial Justice (from Medium by Corrine Shutack):

+If you want to read books (there are also lots of other great books listed on the above resource guide):

White Fragility: Why It’s So Hard for White People to Talk About Racism by Robin Diangelo

Dear Church: A Love Letter from a Black Preacher to the Whitest Denomination in the U.S. by Lenny Duncan

How To Be An Antiracist by Ibram X. Kendi

Between the World and Me by Ta-Nehisi Coates

Me and White Supremacy: Combat Racism, Change the World and Become a Good Ancestor by Layla F. Saad.

I’ve Been Meaning to Tell You by David Chariandy 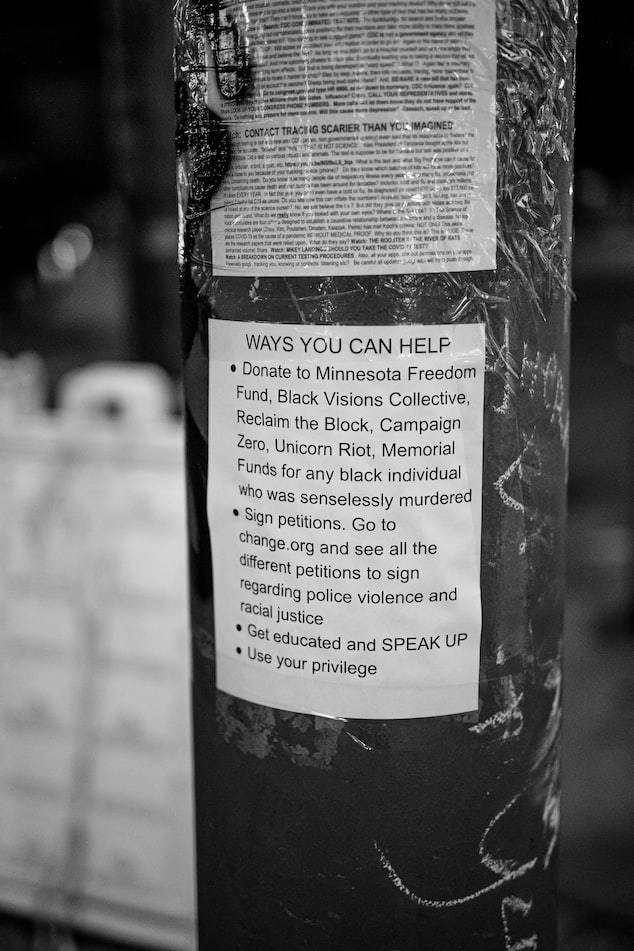